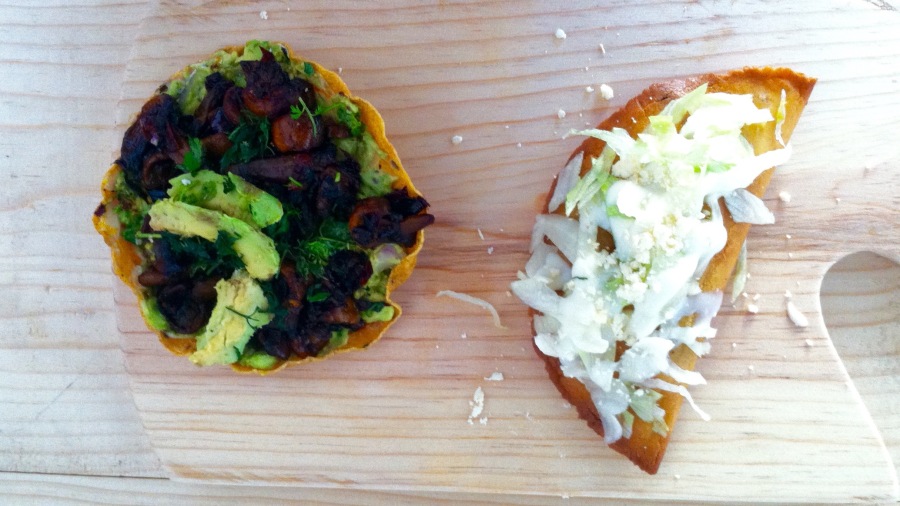 The best thing about solo travel is that you never have to be alone; there’s always another backpacker who’s down to pair up. And when you’re ready to set off soltera again, there’s no awkwardness about splitting up. “I think I’m off tomorrow,” and it’s goodbye. This was the case when semana santa gave me a full 9 days to explore southern Mexico. This trip, I met up with a Russian-American New Yorker who shared my idea for a tentative itinerary. We met in San Cristóbal de las Casas and made our way to El Chiflón, a series of cascading waterfalls in southern Chiapas. 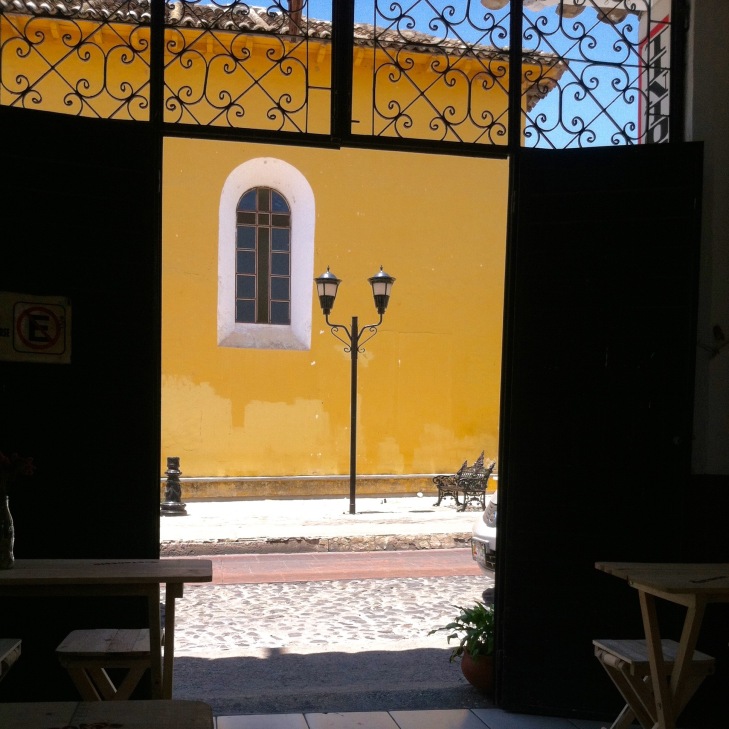 On Calle Central Norte, just two blocks from the central square, we stumbled upon a tiny tostadería that opened up to the owner’s home. Tostadas are small fried tortillas topped with whatever you want– typically a simple salsa, chicken, and lettuce. The back wall of the cafe slides, closing off the courtyard and play space for family and neighbors’ children. We weren’t particularly close to the sea, but this place specialized in seafood. And the design felt more Brooklyn hip than small town Mexico. 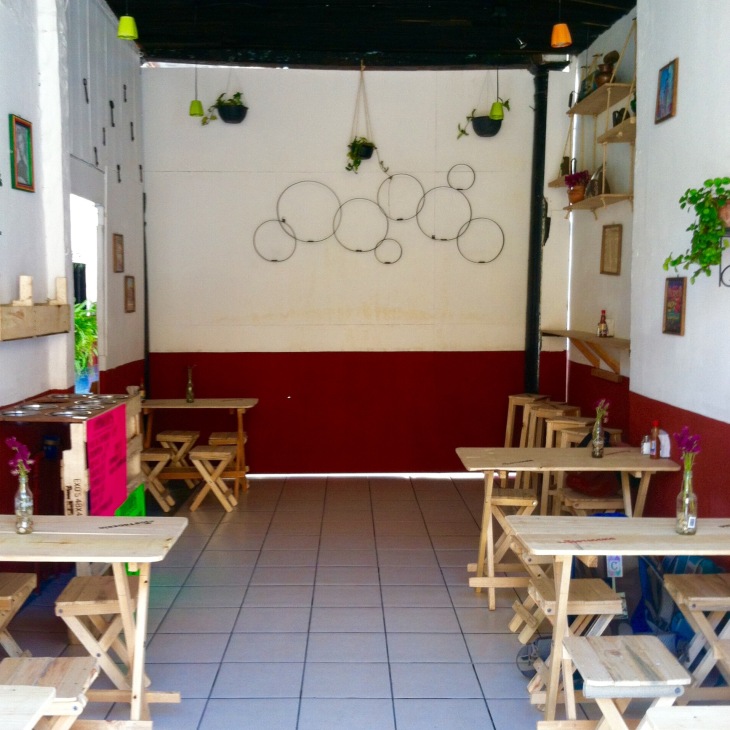 Mexico is a string of one contradiction after another, just like this boutique tostadería (which, be the way, is called La Tostadería.) The food is served on a cutting board like a hipster breakfast place, and a single flower sits in a repurposed glass soda bottle. But the menu is written in sharpie on neon pink and green posters. They’re taped to the counter as if the materials were an afterthought.

I ordered the tostada de champiñon and an empanada de flor de calabaza (squash blossom). The prices are extreme when compared to market or street food in Tehuacán. But the care and presentation feels ornate. If a fried tortilla topped with mushrooms can be considered ornate. It was delicious, okay?

To get to El Chiflón, we then snagged seats beside bags of onions and potatoes on a run-down school bus. “Media hora,” said the driver when I asked about the distance. We had our informed suspicions about Mexicans’ ability to speculate travel time. Whether it’s an hour or two, they revert back to the automatic response: “media hora.” Nearly 90 minutes later, along a winding mountain road, we hopped off the bus and into a three-wheeled cab at the edge of the national park.

The falls are striking. But what we didn’t expect were the cascading turquoise waters below: the river seemingly snaking through the tropics, leading to a long series of smaller falls. Families line both sides, picnicking, barbecuing, wading in the water.

On our return, I bought a strawberry popsicle which promptly melted all the way down my arm in the wind. In the heat, I think I’ll stick with fried foods. It’s the responsible thing to do, really. And we turned back to Comitán for more.