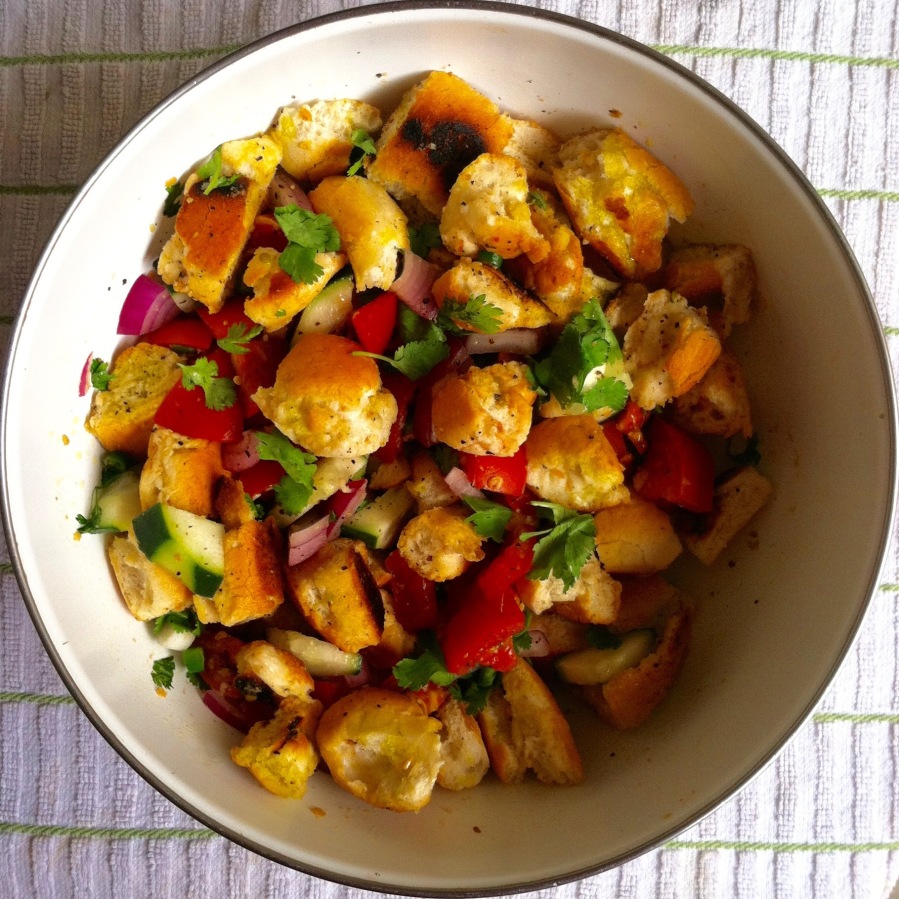 Panzanella is a traditional Italian bread salad. Not bread pudding. Not breaded chicken. Bread salad. No lettuce needed. Just tomatoes and cucumbers, and some creativity.

A la mexicana typically means one combination: tomato, white onion, and green pepper– the colors of the Mexican flag. As it turns out, this combo works for italia too. But we’re going to swap the white onion for red in this case. Because hello, living abroad is confusing sometimes and we all need an excuse to cry. Chop that lil’ guy up.

Maybe you’re beginning to notice: bread salad is hardly salad, and this recipe definitely doesn’t categorize as cooking. We’re chopping vegetables and heating bread in a pan since it won’t fit in the toaster. We’re peeling and tossing, toasting and slicing. Why make it complicated? 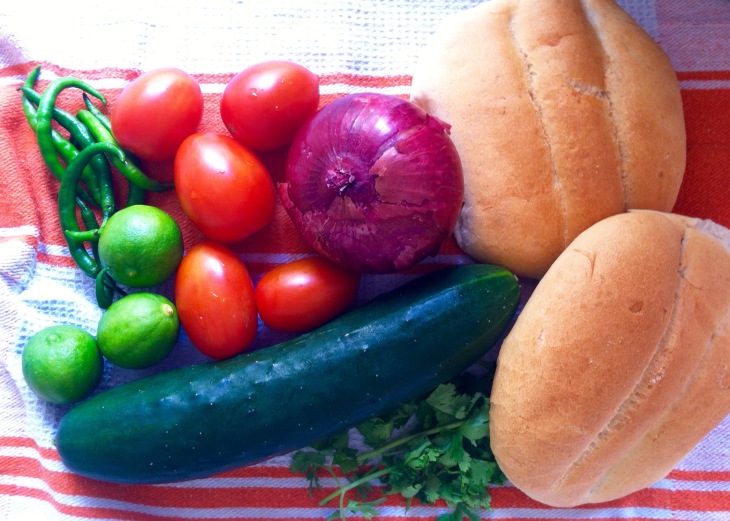 Since most teachers here work a spaced-out 11-hour day (my classes stretch from 9 a.m. to 8 p.m. but I’m not complaining I swear..?), meals need to be easy and fresh. We’re in Mexico and I refuse to survive off of convenience store snacks alone if I don’t have to.

Salads are the quickest: simple food prep with no time waiting for the oven to preheat. This salad is fresh and speaks for itself: no heavy sauces, seasonings, or cheesy toppings involved. Did I also mention I’m getting incredibly lazy? It was my turn to clean the apartment weeks ago and I still haven’t gotten around to it. Hora latina, they say.

Savor your time, eat some oily bread in a bowl, and call it a Thursday. It’s about time for a carb-induced siesta. We’ll talk later. 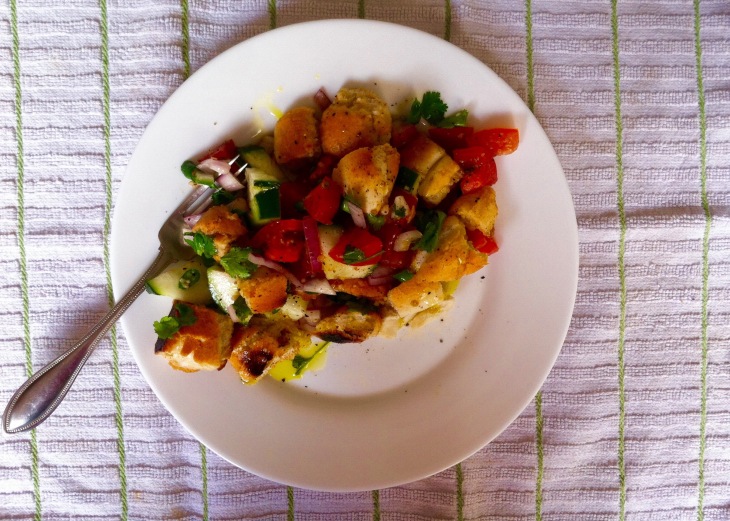 Toast the tortas in whatever way possible. Maybe you’re living the high life with a toaster oven on your counter and a functioning oven below your stove. Good for you. Otherwise, light a match.

As the tortas toast, toss all chopped tomatoes, cucumber, chiles, and cilantro in a big salad bowl. Slice up the toasted bread into one-inch cubes. Add the bread to the bowl, drench it all with olive oil and fresh lime juice, give it a toss, and season generously with salt and pepper. Voilà. Done. The crispy bread turns soft, oily, and citrusy. Not a bad combination.

This certainly doesn’t keep until the next day. So get down with your pals and eat it all in one sitting. Si. Se. Puede. Buen provecho!

One thought on “Panzanella a la mexicana”