I’ve quit a few things before but this blog isn’t yet one of them. It just took a real long mental vacation. A daydream, if you will. Thanks for coming back around to check in on us. You’re the nicest. I’d bake for you. 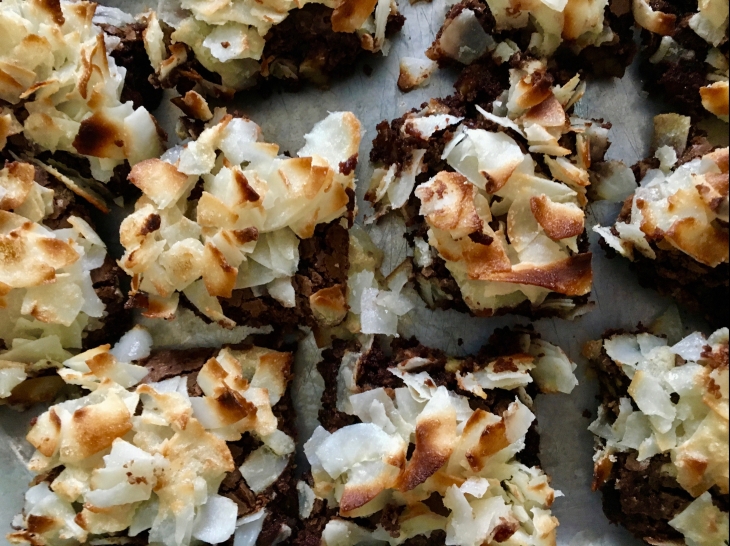 This past year required a bit of figuring things out, and I owe it to my parents for putting me up for so long. After teaching in Mexico last year, I came home and took up a few freelance projects. I started doing yoga again. I signed on for an AmeriCorps term in Baltimore where I learned from a crew of high school students at Boys Hope Girls Hope and offered academic support.

Between Algebra homework and reading Death of a Salesman aloud, I cooked some dinners for these vivacious teens at the residential program. I learned that not everyone will be into coconut curried lentils, and that sometimes it’s safer to stick with chicken nuggets out of the freezer. One time we threw a weeknight party and I baked a cake. What is cooking for a crowd if not a lesson in understanding your audience?

A lot can happen in a year. I took up running again, raced with Baltimore Road Runners Club, and ran a half-marathon. I nearly got through my birthday at work without anyone knowing about it. My first friend to have a baby had a baby! I floated down a river in Austin with one of my favorite humans. My car was totaled following a four-car mess. I followed my dear pal to Paraguay for two weeks. And now we’re selling my childhood home. With so much going on, I put the blog on hold. Rather than turn to the kitchen to stress-cook, I usually escaped to New York. Thank you to my Brooklyn amigos. Five out of five stars for your couches and affinity for dancing.

And now there’s the Peace Corps. So. I’m going to Indonesia! Not a drill. This time around, things worked out unexpectedly. I said I’d go anywhere. They said, You could go to Indonesia. But if you don’t make the cut, you don’t go anywhere else. I said okay. So I speed-read three books about the island nation, put on a blazer for a Skype interview, and a few weeks later, opened an invitation e-mail. The departure date was slated for September.

Now, it’s about time to go. And after surmising that a Gone Girl disappearance isn’t the only way to make an exit, I’m bringing this blog back to share bites of my time in Indonesia, right here. See? Not going so far away after all.

Pals, it’s all good. Twenty-seven months isn’t long in the scheme of things. And there’s so much to learn—and eat in Java.

On that note, these gooey coconut brownies are the tastiest. Coffee and walnuts guest-star. Get in on this chewy madness when ya can.

Preheat the oven to 350 degrees Fahrenheit. Grease a pan. I used 10 inches x 7 inches which is an unusual size, so you know what? Choose your favorite pan, I trust you.

In a small saucepan over low heat, melt the butter and chocolate chips together. Get a large bowl ready. Once you’ve got a cohesive sauce, combine it in the bowl with 3/4 cup sugar, 1 teaspoon of vanilla, and 2 eggs. Beat until smooth. Next, fold in the coffee grounds, flour, salt, and walnuts. Stir until combined. Transfer to the pan.

Bake for 20 – 25 minutes. While that’s happening, get the topping together. In a medium bowl, combine the remaining sugar, coconut flakes, last teaspoon vanilla, and egg white. Stir until evenly coated and wet.

Once the brownies are done, remove them from the oven and top them with the coconut mixture. Set the oven to Broil on High, and place the topped brownies back in. Watch the entire time as the coconut begins to brown. This should take fewer than two minutes. Maybe count to 100, or just eyeball it.